somewhere in the Netherlands, I could say, they have a very particular flight club, with nude hostesses and so on, … but alas, it was only for this single occasion that Michelle posed nude at the gliders hangaar.

I had no clue as to where to shoot, just up to two days before we had our meeting. I started looking on Google Maps, just to get an idea of the surroundings, and to look for an eventually interesting spot. I could find three possible locations: 1. the place where we stayed (I accompanied my wife to The Netherlands since she wanted to take a weekend course there) had a big garden, with a very funny glasshouse (to be seen in the next image I will be posting) so that could become interesting. 2. There was a very beautiful garden and antique glasshouse at a event location just next doors. 3. I noticed a gliding plane terrain at about 5kms distance from where we stayed.

I didn’t really have to contact the first possible location, I would see it the next day, and could find out that in fact the glasshouse was particular, and interesting. The event location responded me within the hour that they had a marriage event the day I would meet Michelle, so this was a no-go. The flight club chairman responded me that he was ok with the idea, and that I could meet him the morning I had my appointment with the model, but that it would be difficult to shoot after midday because then they have a lot of flights going on. We met at 11:00 am and shot till about 1:00 pm, first clothed, on the runway with a parked plane (film photography, so not yet available) then nude at the hangaar. We had a willing assistant during the time of shooting and nobody else seemed to care. The assistant also figures in this image, together with two other club members. His daughter used to work as a striptease girl in theater shows. They are chatting about the club and I thought they might make an excellent backdrop. Michelle didn’t care either, as long as nobody started staring or taking pictures with cellphones … All went well, we said goodbye afterwards and went on shooting in the garden after that. 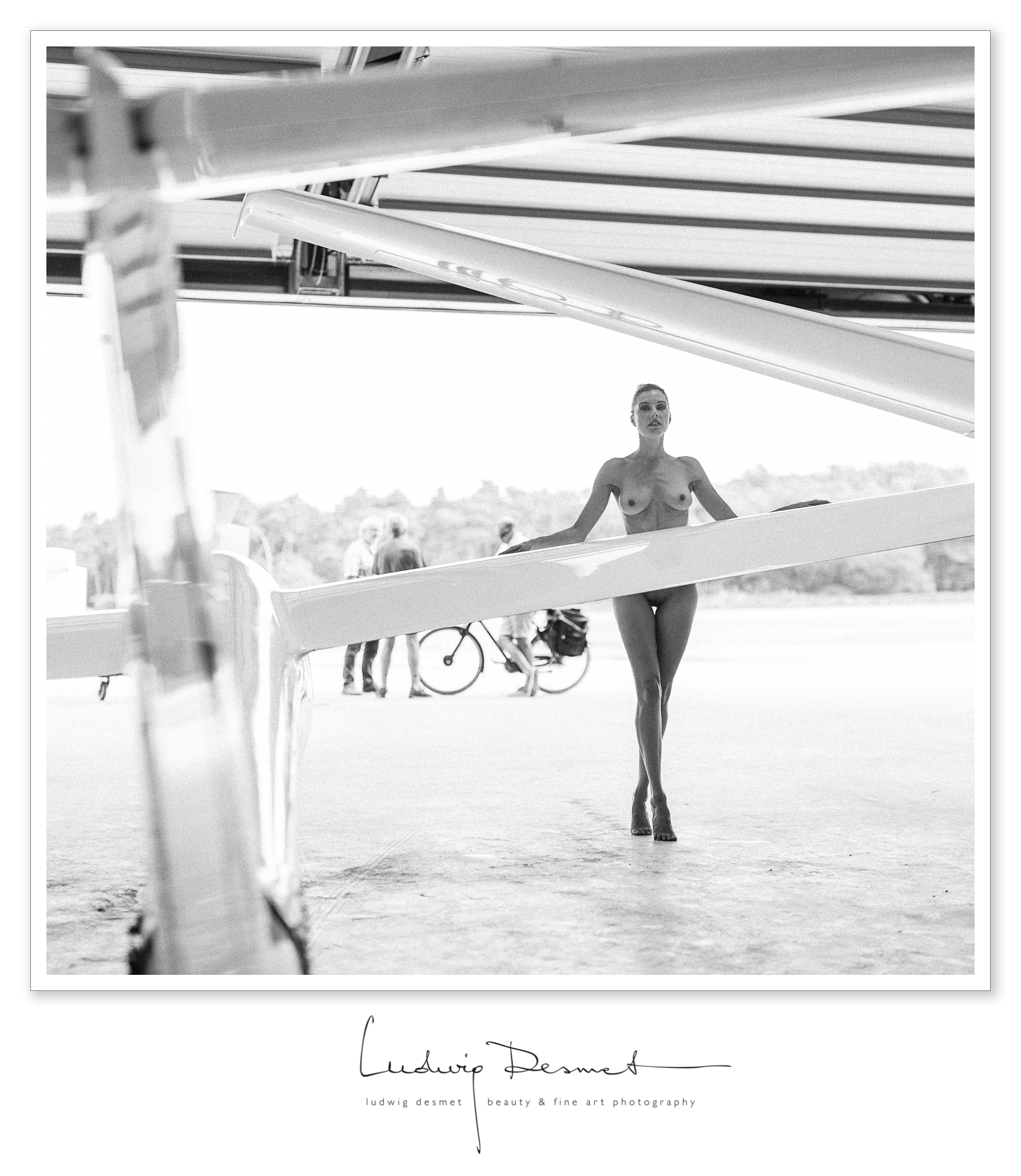 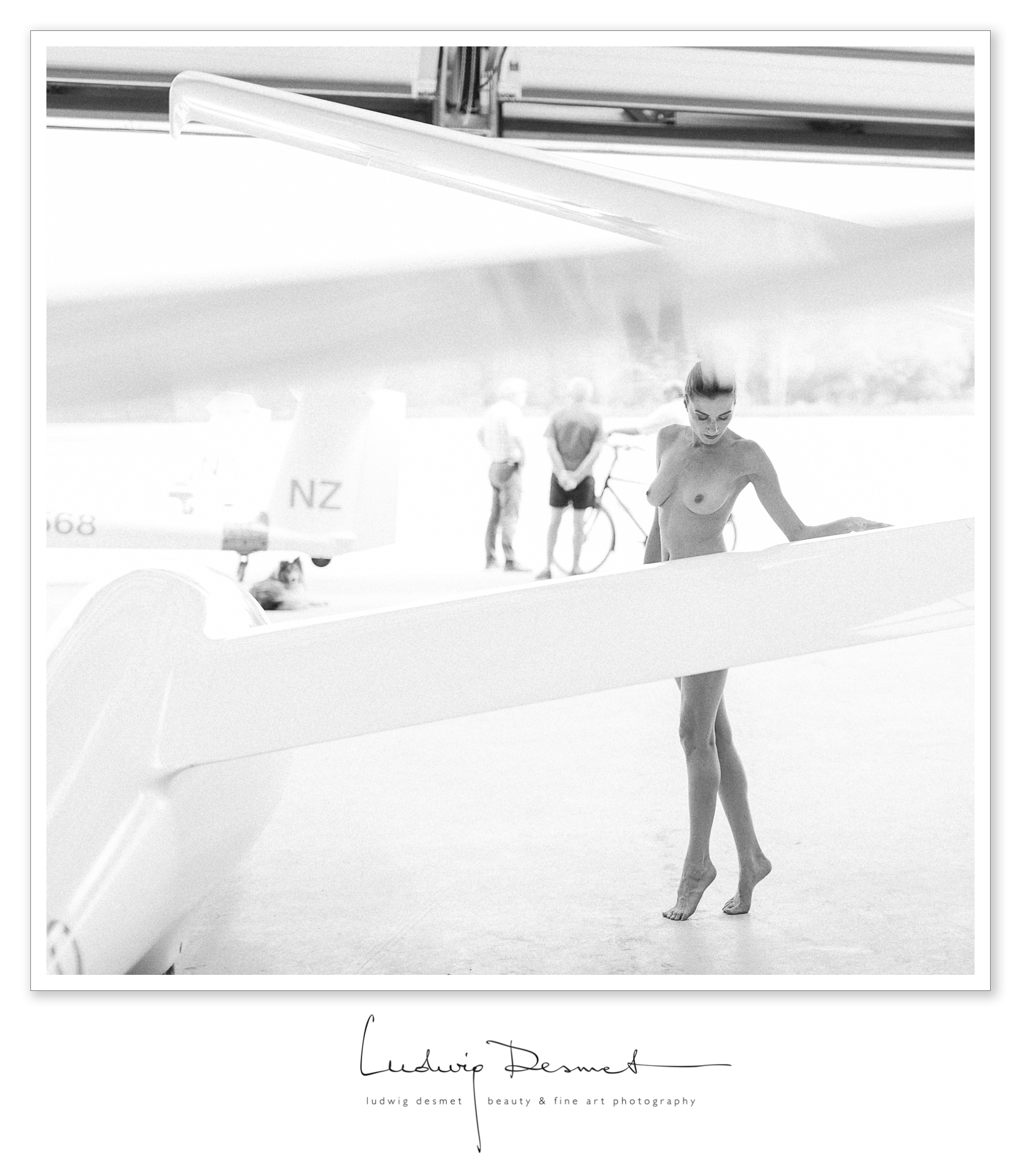 a huge thanks to the chairman and the assistant of the flight club, both requested not to mention the name of the club for privacy reasons.