A long time ago I started a couple of posts called collectibles, old and forgotten (or maybe not?) film photo camera’s, but still working fine. Today a new chapter to this series, the Yashica 635 TLR. 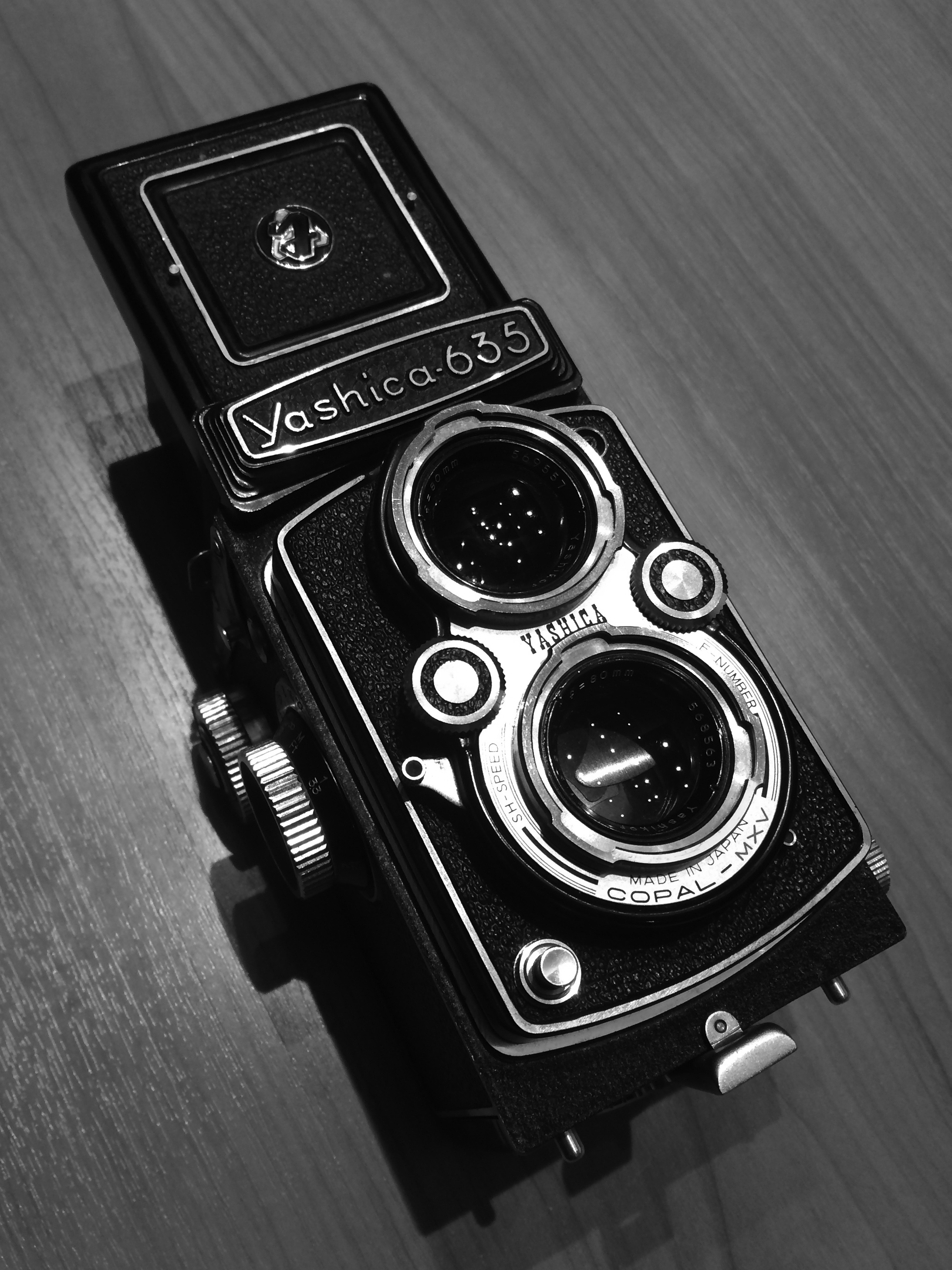 This camera is a twin lens reflex camera, featuring a Yashicor 80mm f/3.5 viewing lens and taking lens. It has a Copal shutter with shutter speeds from B – 1sec to 1/500sec.

This camera is visually very comparable to the much wanted Rolleiflex TLR camera that I use often in my sessions with models, it has about the same size and weight, both have a waist level viewfinder and a back lid that opens from the bottom. This Yashica 635 has the the added benefit that it came with a 35mm film adaptor (next to the standard 120 roll film system) that allowed for a more versatile use. I have never used mine with 35mm film (I don’t have the adaptor), so I can not report about that. The use of 120 roll film is very straightforward, and very similar to the Rolleiflex camera. An empty roll goes on top, the film roll goes in the bottom and is guided with rollers towards the top roll. 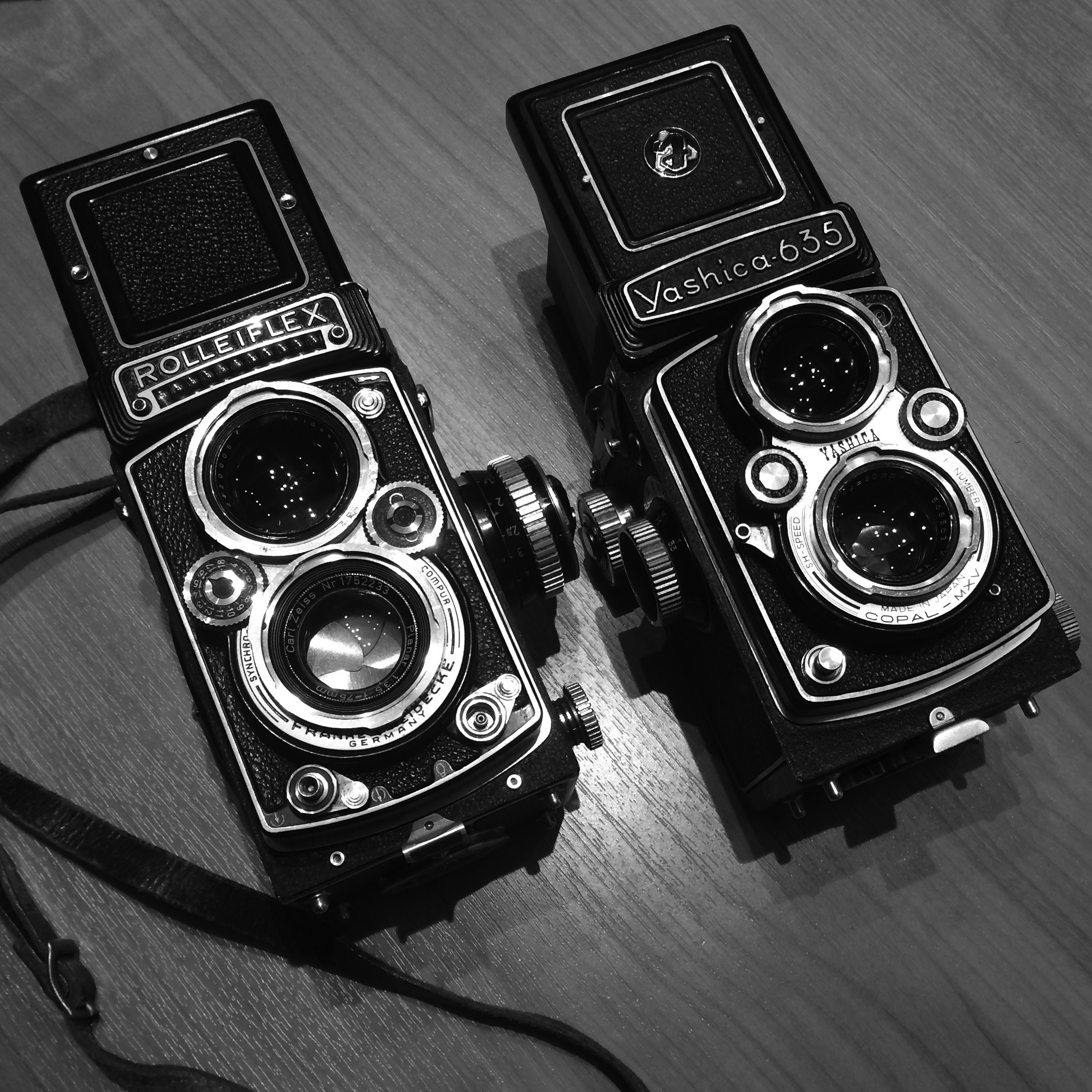 A very important difference in both camera’s is that with the Yashica, the shutter is not linked to the film transport.  I have been used to the Rolleiflex, and this camera prevents to fire the shutter twice in a row, so you have to transport film in order to be able to expose film. With the  Yashica you have a separate shutter winder, so you can do as many exposures you want on a single sheet of film. This is an important difference, that caused me quite some double exposures lately, as well as some missed shots because the shutter had not been tensioned.

Quality wise, this camera produces good negatives, a bit softer maybe than those coming from the Rolleiflex, but certainly having a good sharpness (if you manage to focus right, which is hard to do with the old matte screens).

Now for some images taken with this camera. (a series I did on the local fair in Ronse a couple of weeks ago) All images on Ilford FP4 Plus 125 ISO rated as 100 ISO)

thanks to my model for the day, Emily, this was our first collaboration. 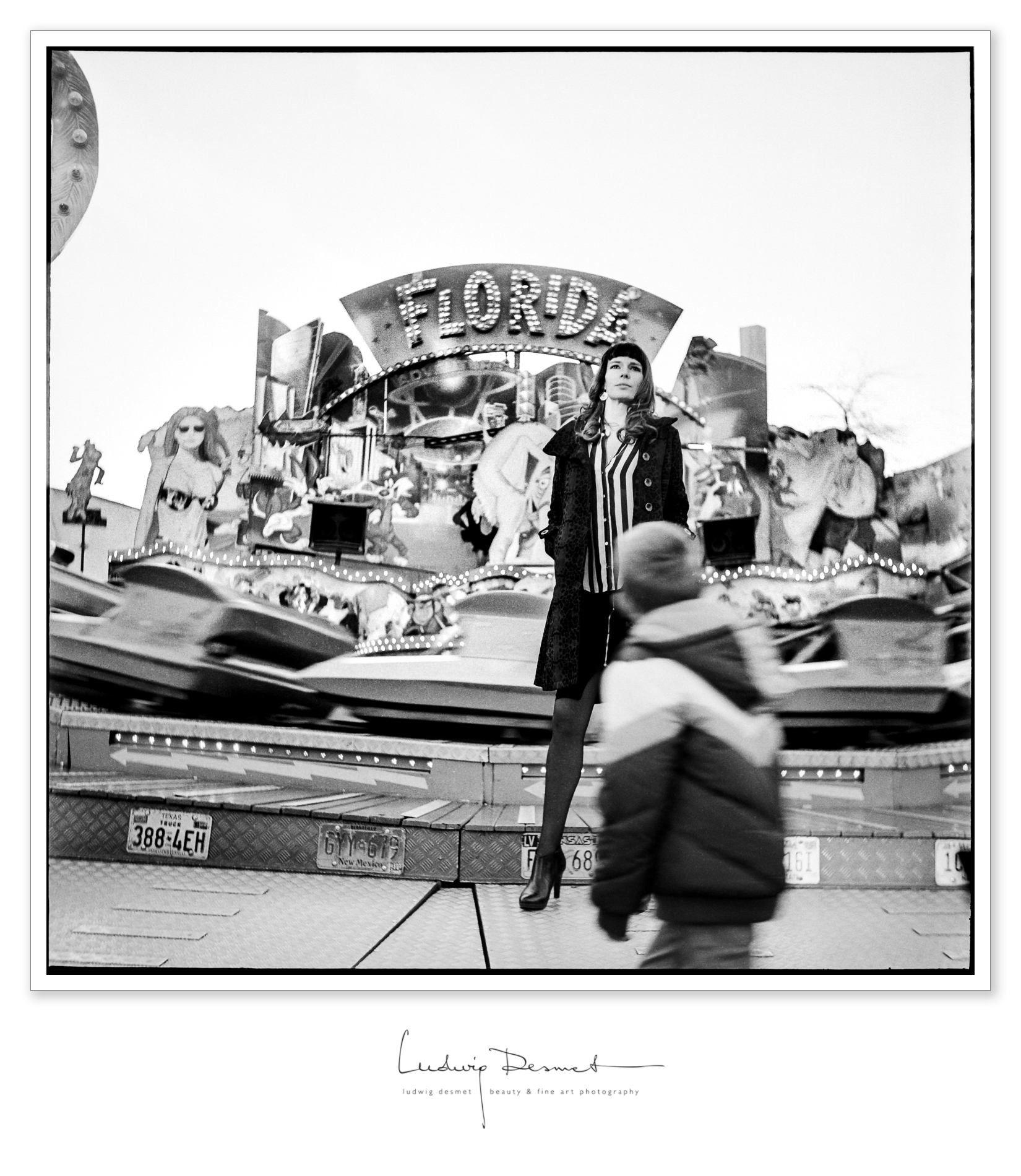 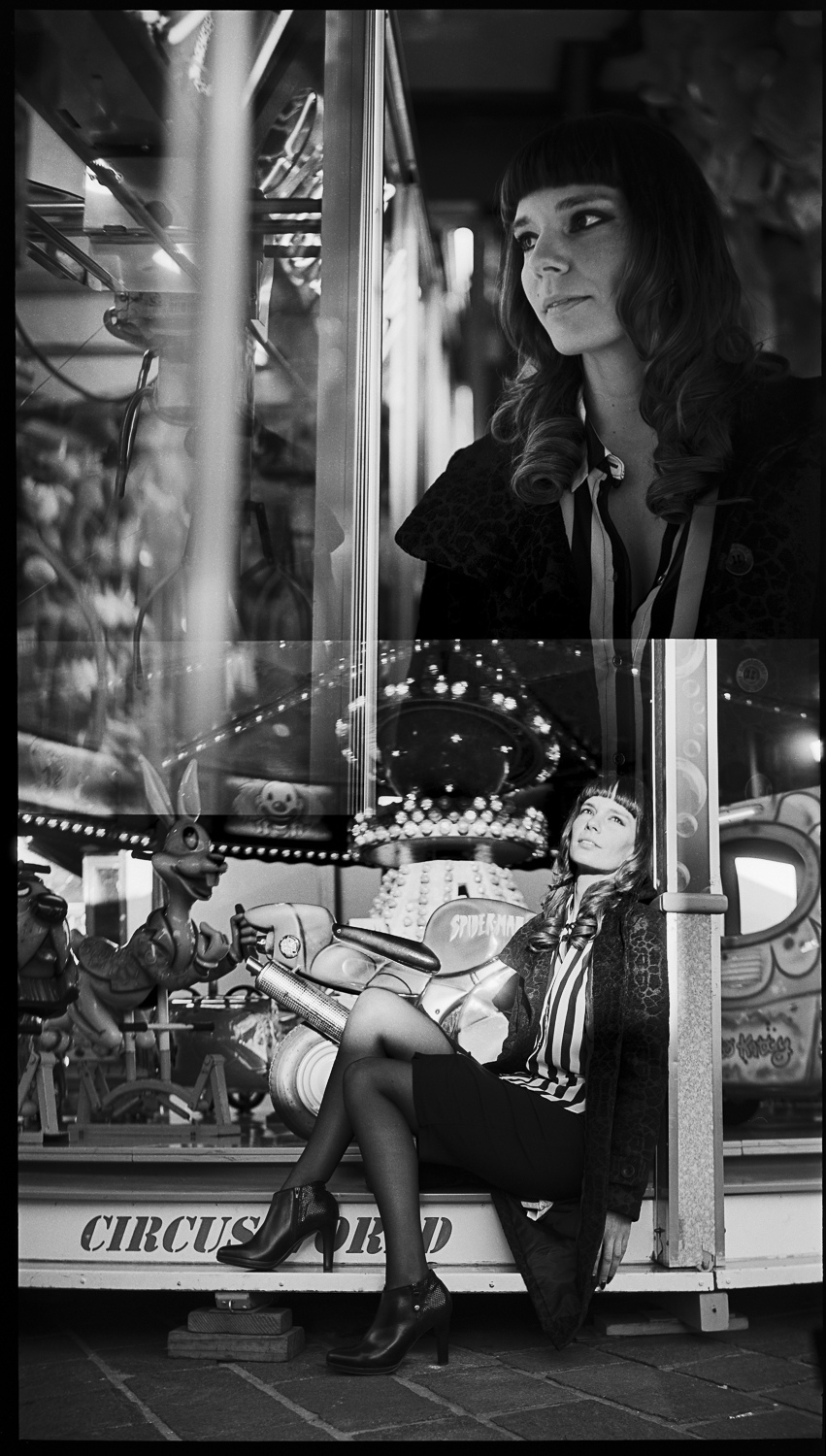 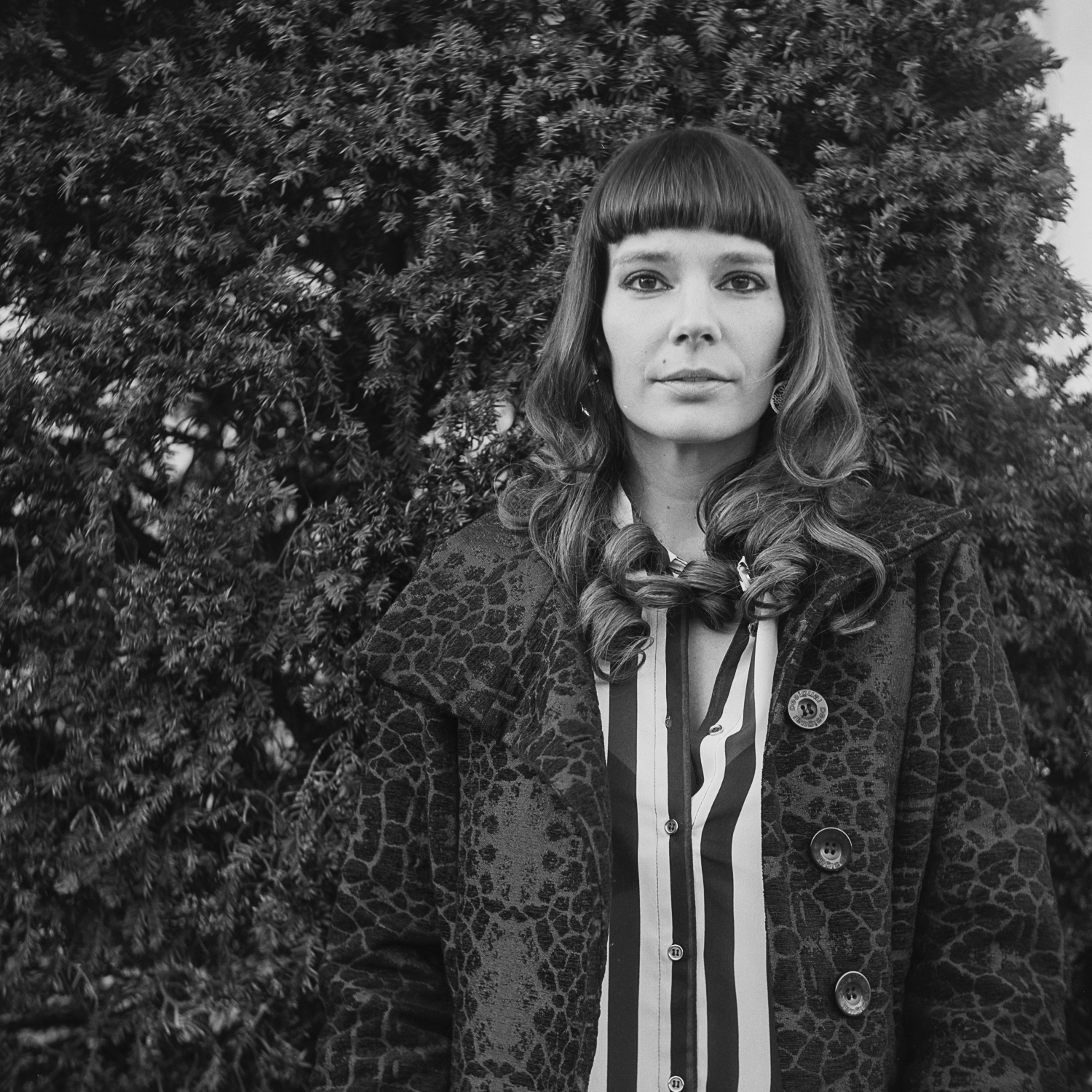 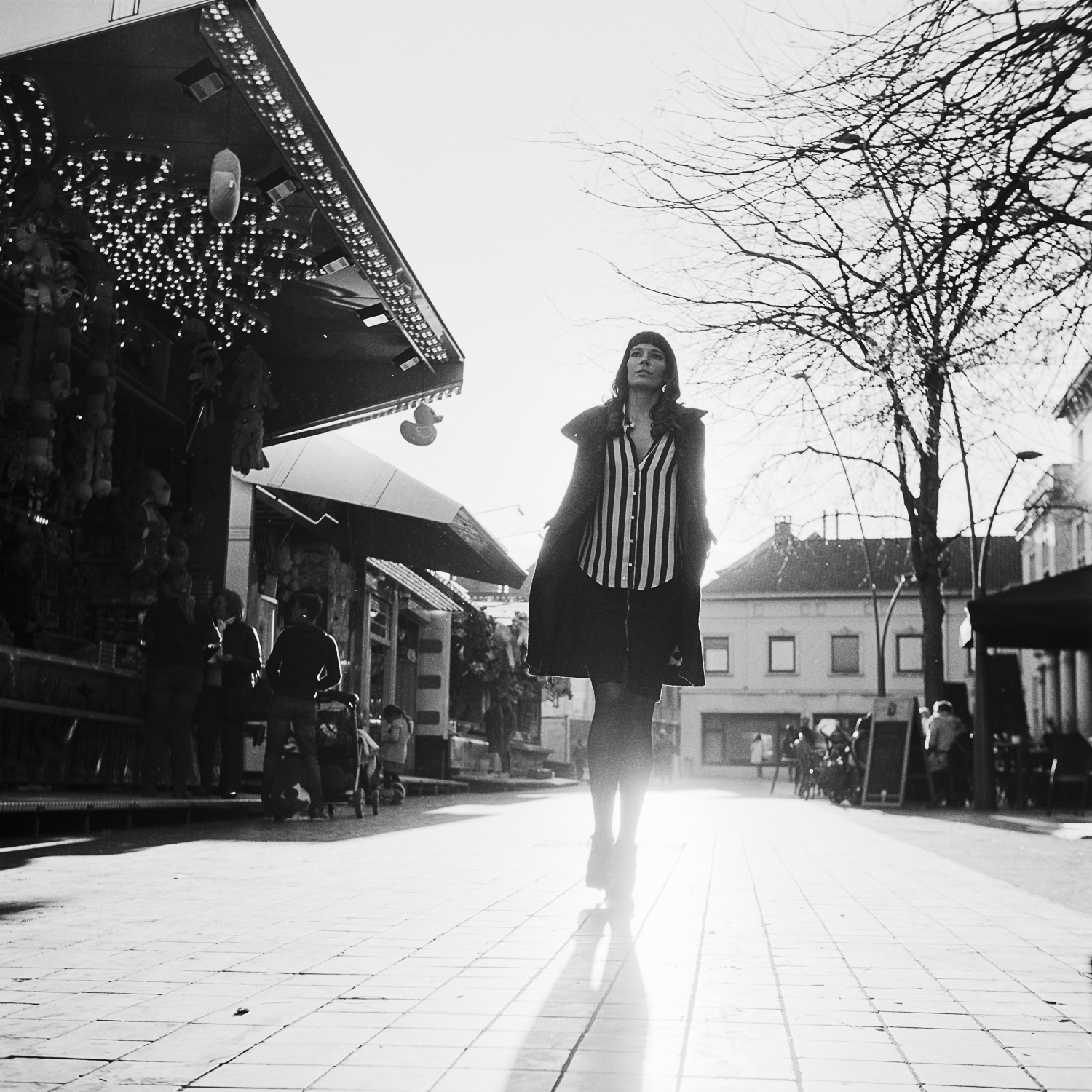 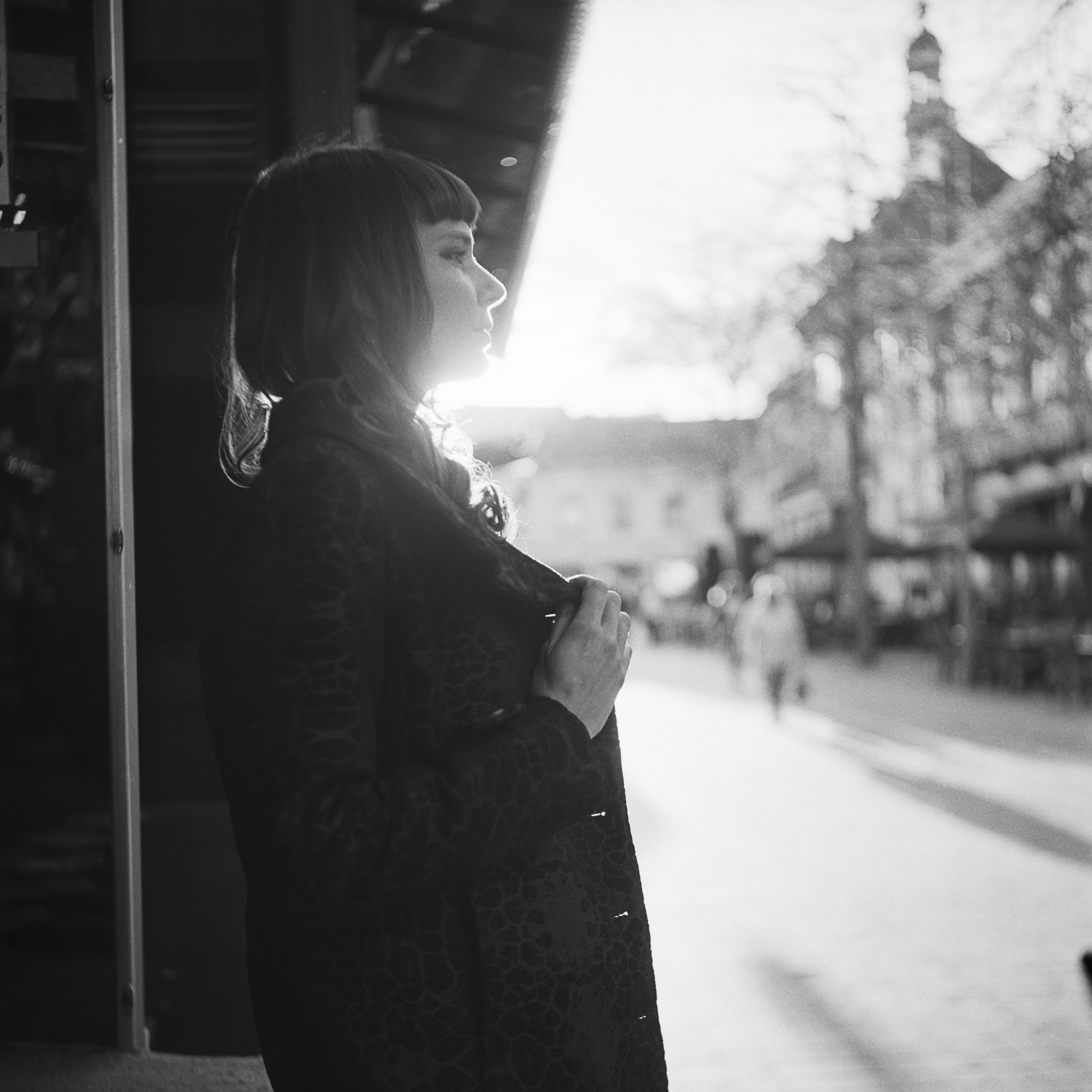 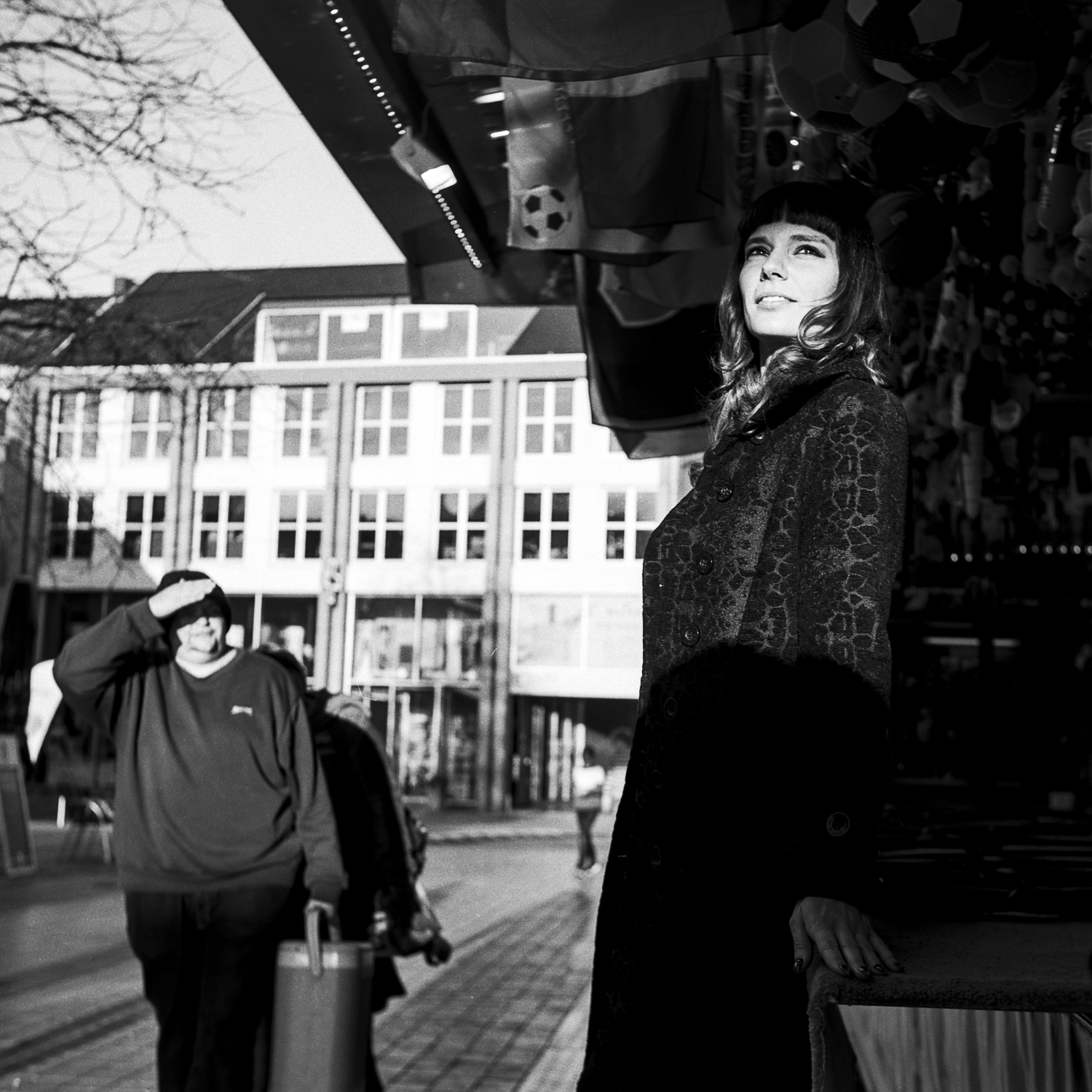 If you would be interested in buying a camera like this, they are very affordable, especially compared to Rolleiflexes.

thank you for coming by, come again soon for a year-round review about 2018