For the last day of the exhibit, i had posted an invitation on Facebook for a guided tour trough the exhibit. It was a cosy gathering, I gave visitors some inside, behind the scenes information, and people could ask questions about my work, my gear, the models, locations, etcetera.

The exhibit is now over, I have no idea about the number of visitors in total, as I was present only now and then. The reactions in the guestbook are mainly positive, some very positive, some very negative. It always shocks me to see how some people are still very narrow minded about nudity, even if it is brought with delicacy and taste. Fortunately I have my wife who is very supportive in getting me over this kind of comments. 🙂

Visitors have very different ‘favourites’, but in this exhibit, one image has received a lot of praise. It was an image not previously shown, and here it was shown in the massive size of 110x165cm (44″x66″), hard to miss. People praised it because it had a lot of ‘naturalness’, it seems not posed and very natural, at the same time intimate, and casual.

the model is Kate Ri, the image is titled • greenhouse flower • it was shot in the Royal Glasshouses in Meise, near Brussels, on a cold day in January. 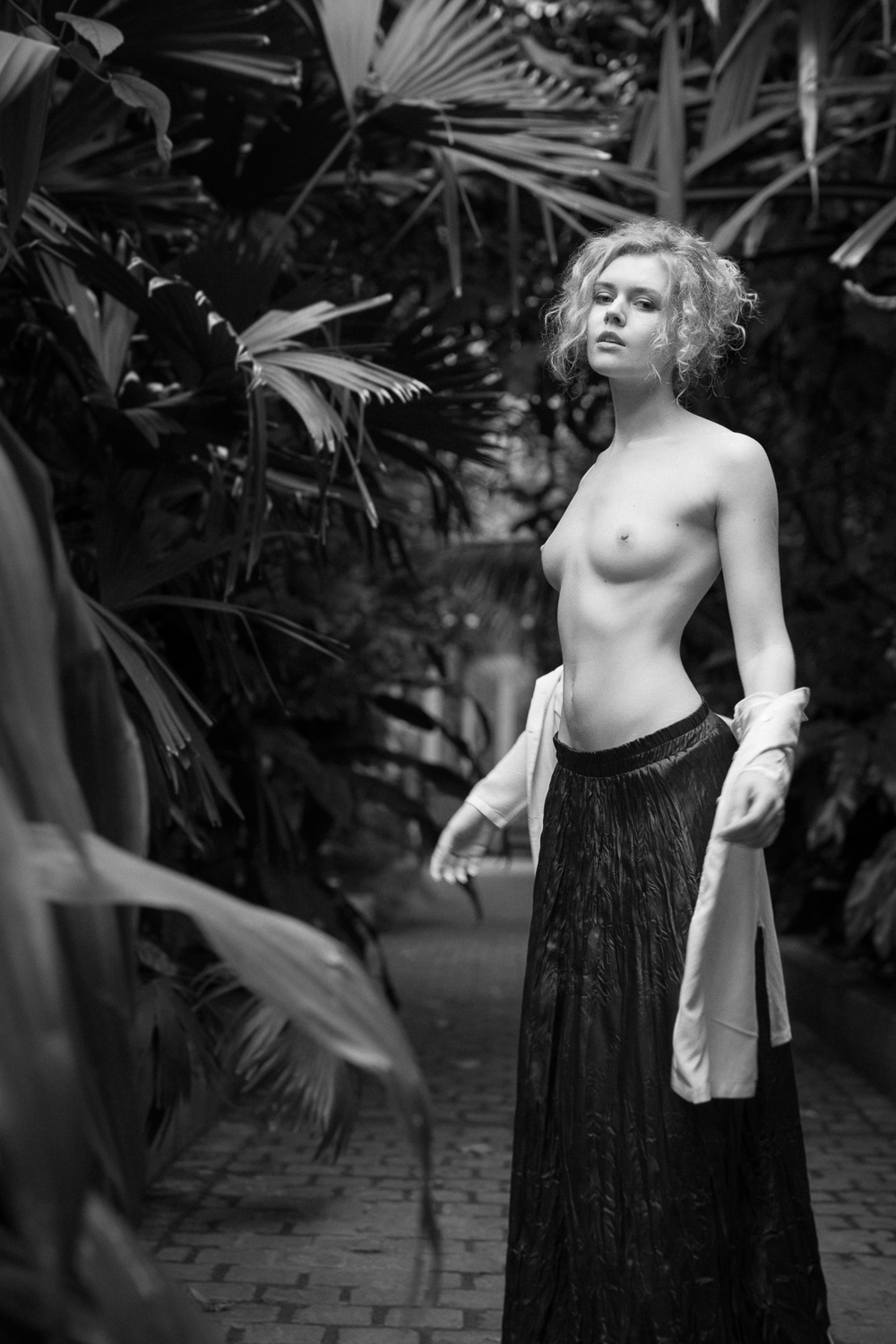 The image is still for sale, as is all my personal work, if you are interested, send me an email on ludwig(at)ludwigdesmet(dot)com

thanks for reading, see you soon!