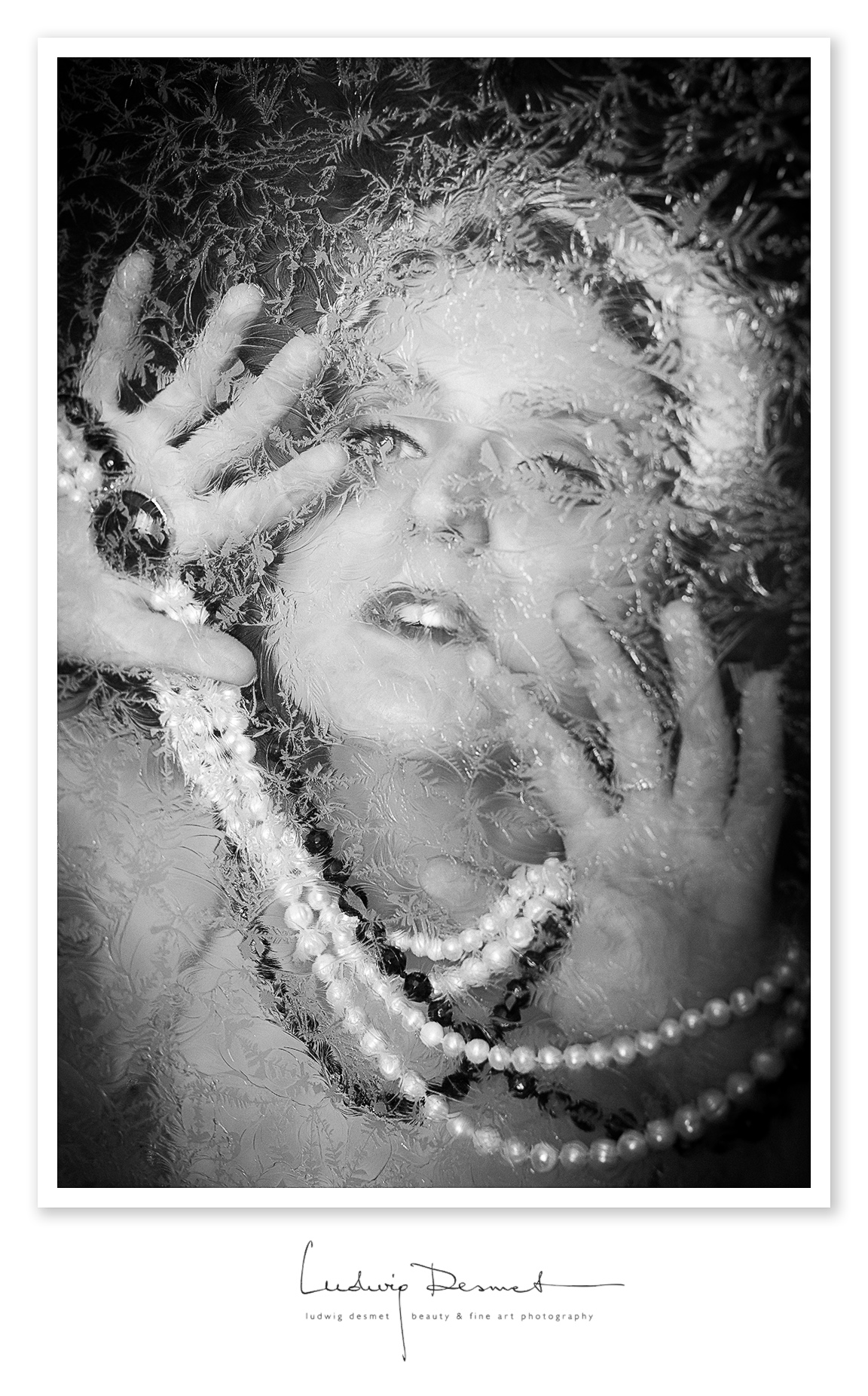 it is always good to see that models bring their own ideas and clothing along on a shoot.

Next to being a source of variation and new ideas, it can also be a challenge do make something work that was not really in your mind-set when you started the shoot. We had shot early that afternoon in ‘the orphanage’, a huge former orphanage I guess, now rented as guesthouse for large groups. The weather was very dull and grey, and besides that it was raining and cold. Not really a nice environment to be in as a model. Rachel also brought some ‘Charleston inspired’ clothing and accessories, and we tried them out in my own home space. As there was very little light, and I wanted to create an evening atmosphere, I switched on the ambient lights in the hallway and staircase. These lights being very dim and not really at an ideal height for lighting a model. I rather not use flashes as they make the setup cumbersome and slow, but here I could not do otherwise, so I also installed two monobloc studioflashes. You clearly see the effect of one light (right of the model – 80cm octa) the other one is left of me, (60×60 softbox) in the room next to the hall way (there’s a triple entry door with glass inserts that filters the light softly into the hallway). The flashes are both at low power settings since I still wanted to use a rather wide aperture, for less depth of field. there’s a light setup at the bottom of this post.

the image is shot at 1/125s f2.0 ISO200. Canon 5Ds with Sigma 50mm Art. By using flashes I managed to dim the daylight even further, to an acceptable level that just keeps a small reminder of the structures in the window framework at the end of the hallway.

A big thank you to Rachel, for being my model on this day, and to Nathalie, my lovely assistant. 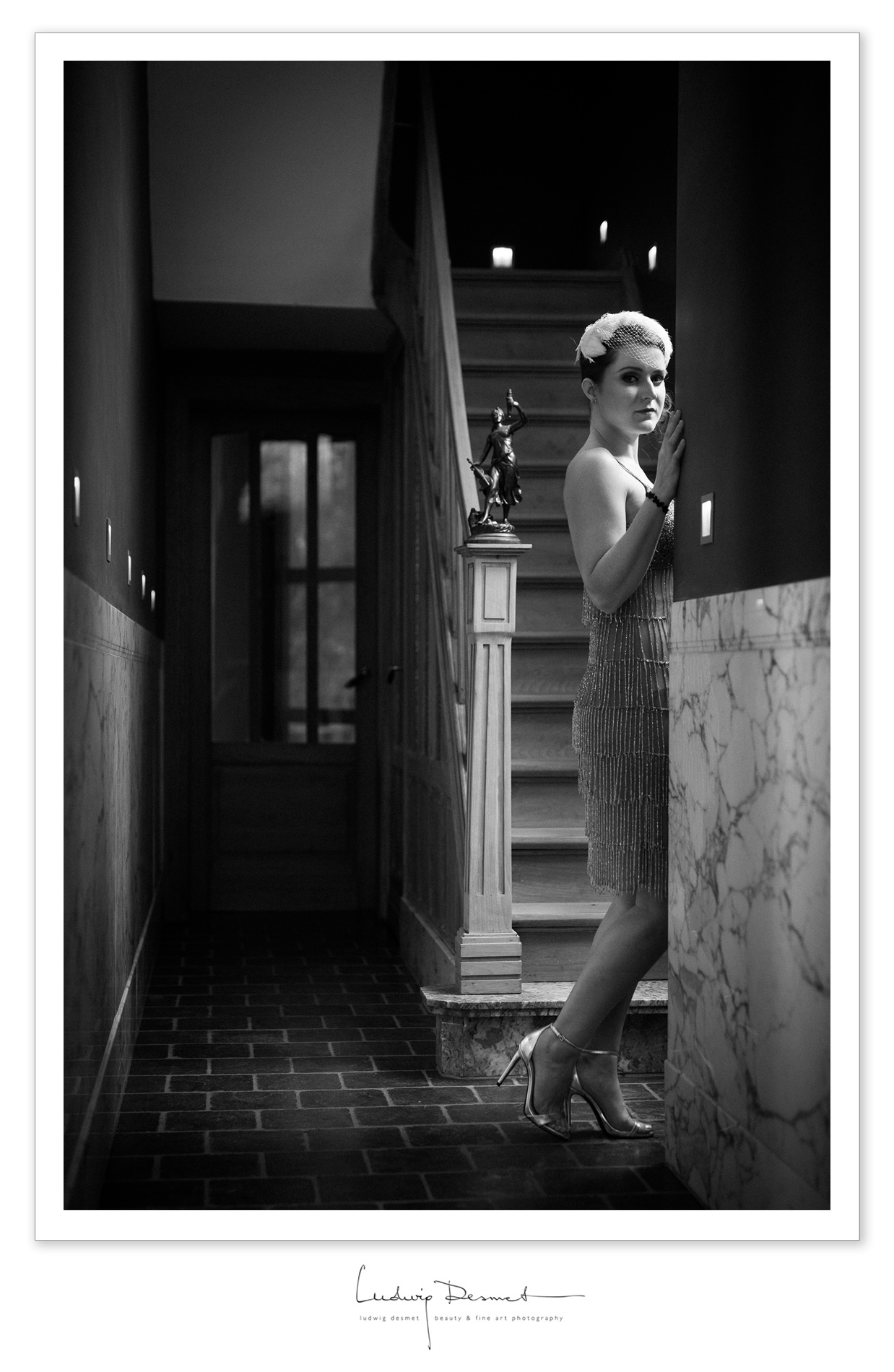 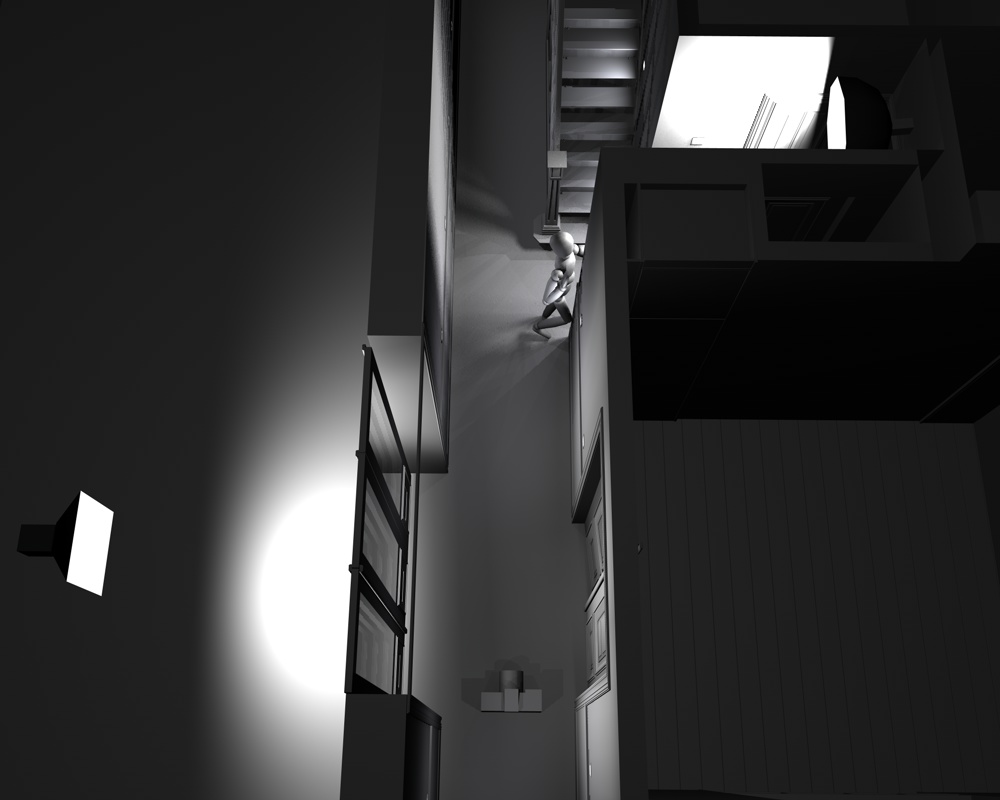