I have shot some rolls of film now, during my beauty shoots, working with an antique 6×6 cm Rolleiflex with planar 3.5 lens on it. It takes 120 Roll film. Film is available in every better camera/development shop in Belgium, so that is no issue.

It has been revised for shutterspeeds, since the longer shutter speeds had some lag, and the shutter had tendency to stay open longer than the selected speed.

I also had a new focusing screen fitted to this camera, since the normal focusing screen provided only little accuracy in focusing. The new screen has  split prism, which is a great aid in focussing accurately.

Of course I still need to work a lot on swift handling and manipulating the camera, but for now, I’m pleased with what I’ve got.

I gave a lecture last week in my hometown, and people asked about the advantages of working on film, in this era of high end digital camera’s. I will try to do an honest pro and contra list, based on my very limited knowledge right now.

Con’s for film photography with this particular camera (Twin lens reflex Rolleiflex (from somewhere in the 50’s of the preceding century):

It is a very slow paced form of photography, you need to load film, advance to your first frame, measure light with an external light meter, set your exposure accordingly on the camera, manually wind to next frame, …

It is hard to focus, even with the split prism focussing screen, I get a lot of ‘half sharp’ images.

It takes a while to get used to the left-right mirrored image, and the camera movements that are reversed in your viewfinder.

It has limited sharpness, partly due to limited lens quality, and limited film grain resolution. I have the impression that my scans at 7000 x 7000 pixels are not nearly as sharp as my images taken digitally on a Canon 5D mark II

There is no possibility to verify your results instantly. We are so spoiled with our digital camera’s, which have an immediate visual representation of your last exposure, that it is very difficult getting used to not having any immediate feedback at all.

It takes an awful lot of work to scan your negatives (I’m not talking about developing the negatives, because I have them developed by a lab). I scan the entire roll at lower resolution (similar to the old contact sheet) and then decide on the better images to make a high res scan only from the best. Even then, I’m occupied longer with a roll of 12 negatives, than with the 200 digital images I took.

It is quite difficult to get a good gray tones distribution in your scan. (that is probably me missing experience) I have an epson 3170 Photo scanner, which is ok, without being to expensive or cumbersome on my desk top.

In my case (taking B&W film rolls only) it is not possible to use different colors in the process of converting to black and white. With a digital color image, you can decide for every color tone, how light/dark it should be represented in the B&W conversion. Since I use black and white film, I have no color tones to play with. Film also gives you less play in exposure settings. Over a stop of wrong exposure, and you’re done with it.

It is a very slow paced form of photography (sound similar to the first con, don’t it?) which means you will be much more attentive before pushing the button. Remember, you only have 12 exposures on one roll, better get it right first time. I believe I have been more aware of composition and exposure settings than ever before.

My camera has a square format, which means you no longer have to deal with the horizontal vs. vertical question. What a relief, really. This has been such a comfort I couldn’t have expected it myself. I wish I had the possibility to cover up my viewfinder on my 5D II to only show a square format. I suppose you have noticed that in my last shoots already. I’m getting addicted to square.

Film grain is much nicer to look at than digital grain. Digital grain structure is getting pattern like when too obvious, film grain is absolutely random.

Medium format film camera’s are available at affordable prices (vs. digital medium camera’s, which cost a leg). A used Hasselbladt will be about 1000-2000 euro’s, a new digital middle format camera will be 10x as much.

These camera’s need no batteries. They have mechanical shutters. All you need is your camera and some rolls of film.

Its nostalgia, like a small kid you just keep staring at  your negatives when they are ready. Touching the film strip only by the edges, gently wiping of the dust before scanning, …

The negatives give a physical backup, no hard drives needed. I keep some glass negatives that are over 100 years old, they have suffered neglecting, but would have been spotless if well preserved.

Anyway, I also love the look of the images. It is as if these lenses give a different form of bokeh than the new digital lenses. It is hard work, and not so rewarding compared to digital photography, but it keeps some magic that the digital images no longer have. Maybe it is an idea, but for now I will keep experimenting with it, till I get a clearer understanding of the differences, and maybe I’ll quit, or I’ll get the money once to buy a digital equivalent when I get rich.

Some scanned images from the shoot with Kimberly at The Mansion from some weeks ago. Kimberly had been a model in one of my lectures at her school, and she has been waiting for her 18th birthday to get a ‘real photoshoot’ with me. I hope you enjoy the images. Click for bigger. 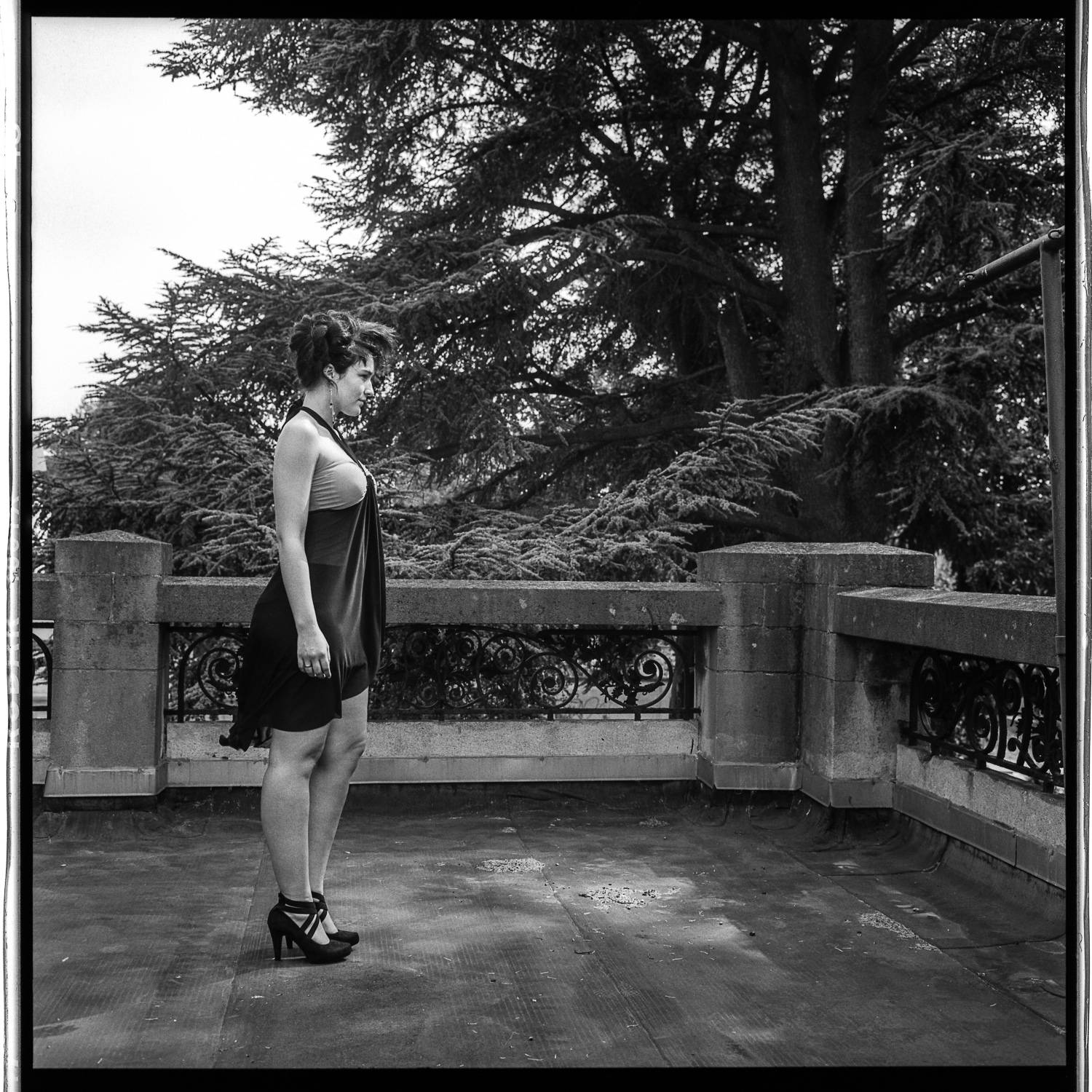 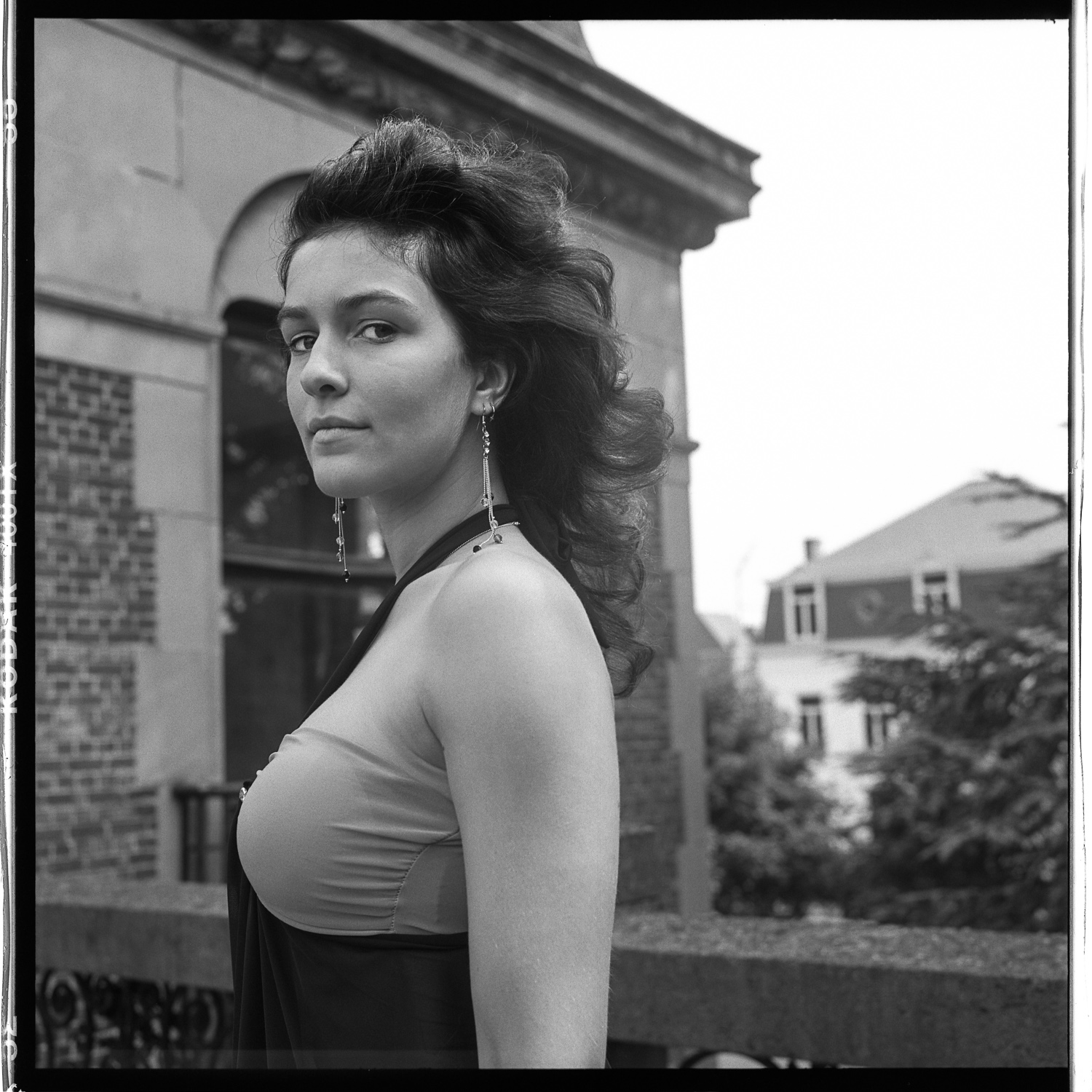 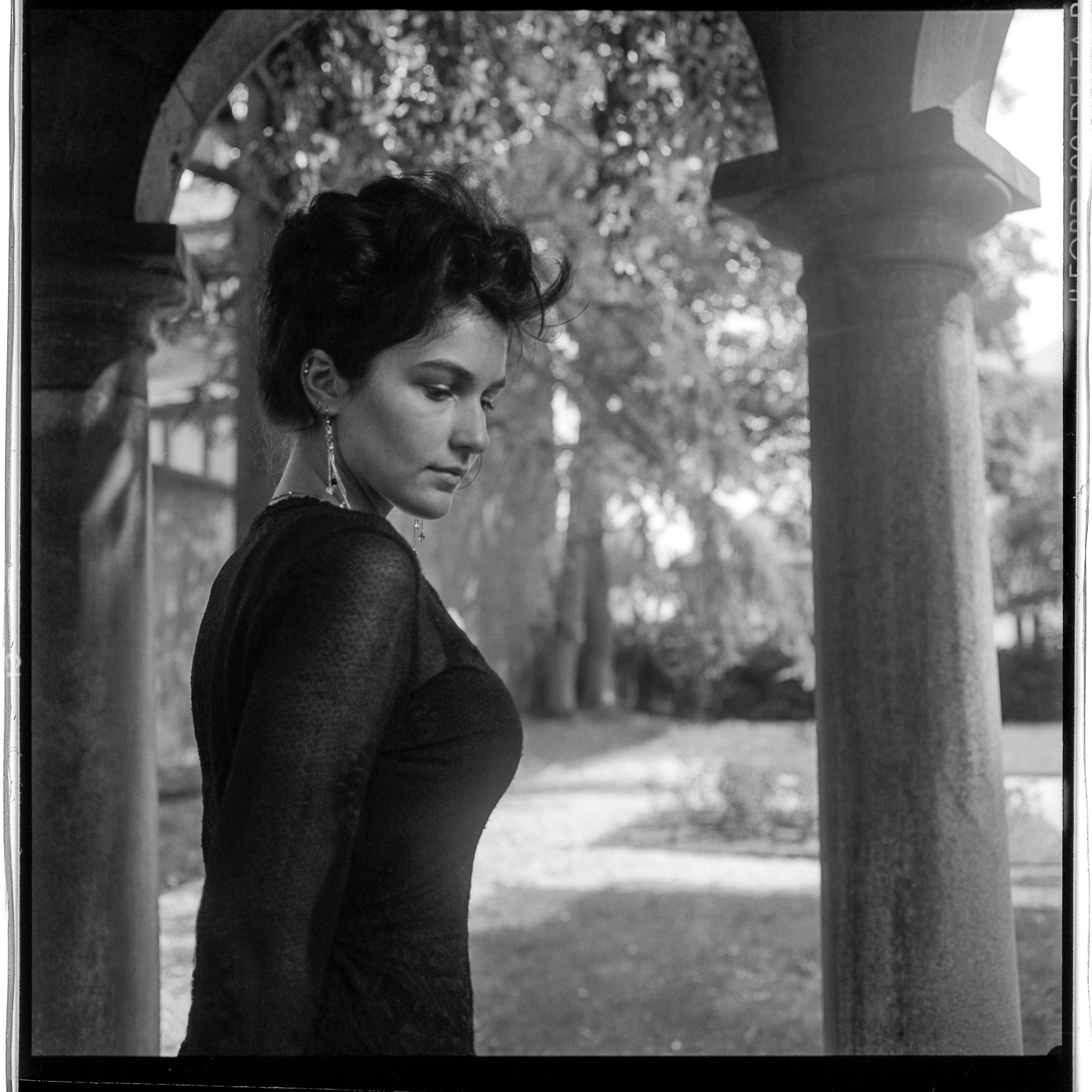 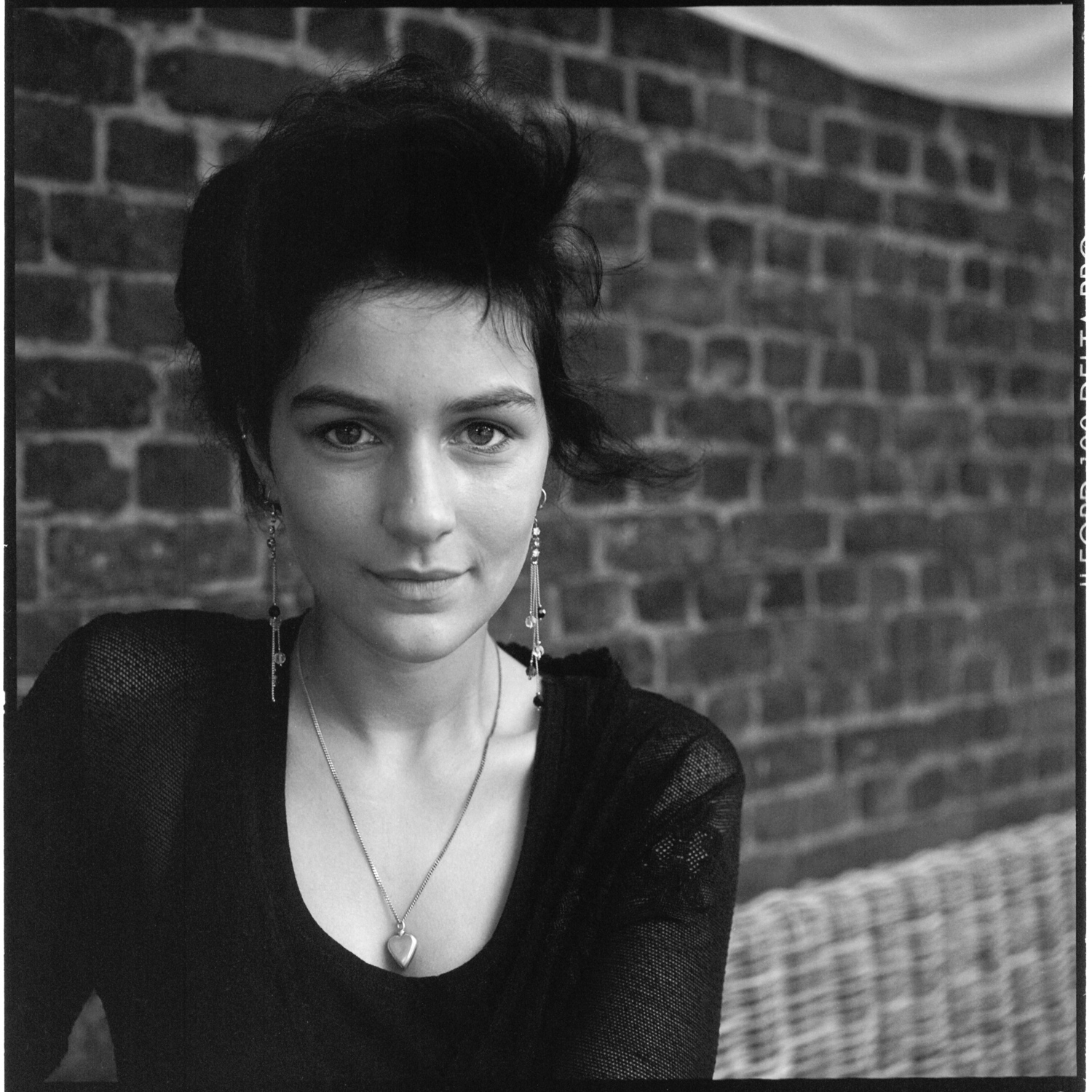 Come back soon, for Kimberly at the mansion (the digital version). You’ll be able to decide for yourself then, which you like the best.