Ancient Egyptians worshipped Ra or Re as the Sun God, he was one of the most important gods in the Fifth Dynasty (25th-24th century BC). 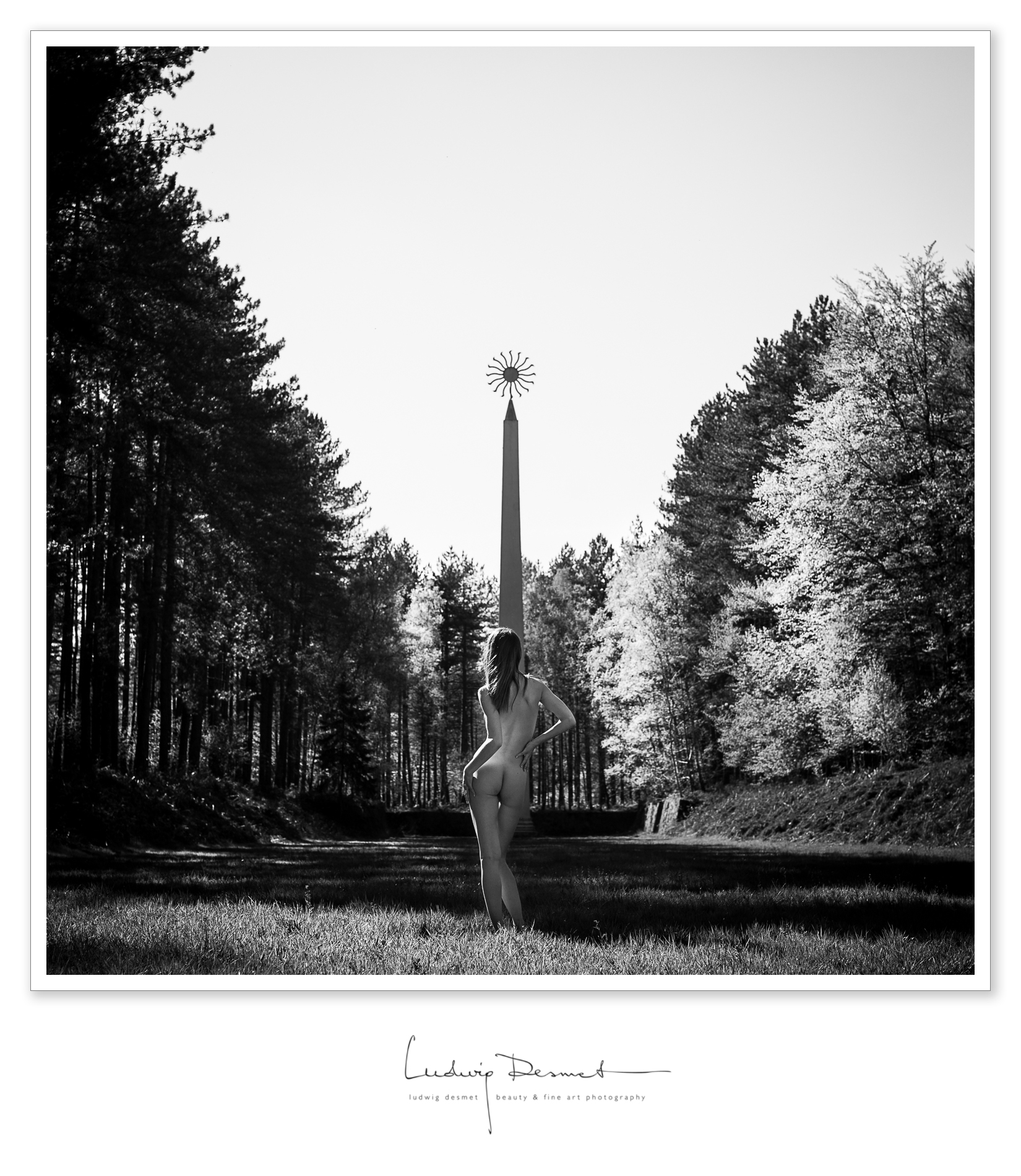 The obelisk depicted here is one of modern ages (1968-1969) and was built in two ‘size’ stages, because the landlord found that the first one at 27m was not high enough. So he did aks the builders to build a second concrete formwork over the existing one, and ordered it to be 36m in height, which makes it final size bigger than the Paris’ Luxor obelisk at the place de la Concorde!

The obelisk is situated near Brussels, and was erected because the landlord loved the sunrise, but since he had changed his main room to the west side of the castle, he no longer had the sunrise in his room. That’s why he also wanted a large sun disk on the obelisk.

The park was meant to have a large water surface in front of the surface, but the owner died before completion of the surroundings and the lake was never realised.